I don't know about you, but we are SO excited March is here!!
Yes, the winds to get crazy and it's still deciding whether it wants to be warm or cold,
but hey, AT LEAST IT'S DECIDING!
So we are all loving the warmer weather.
Lots of in and out of the house.
Which is good. 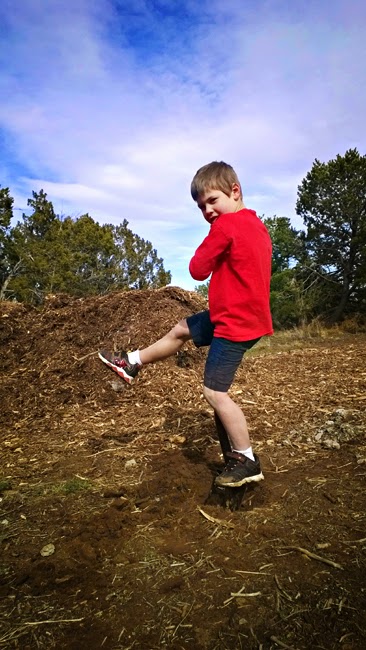 I love their expressions here.
Brook found a piece of wood that had some awesome designs from bugs,
and Sam found...OUR FIRST WORM!!
﻿ 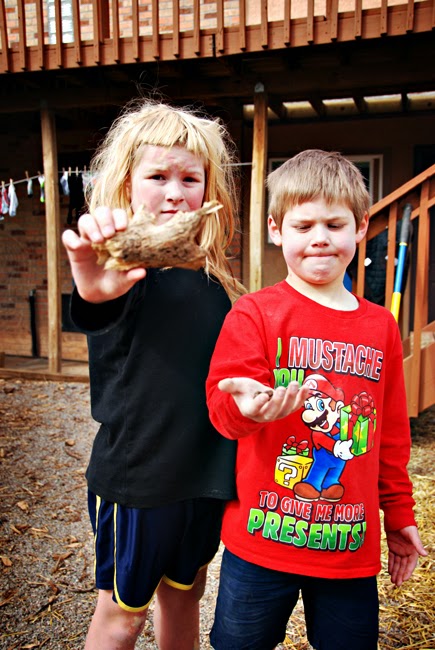 Haha, this looks like a memorial or something, but they were putting the worm in the garden.
﻿ 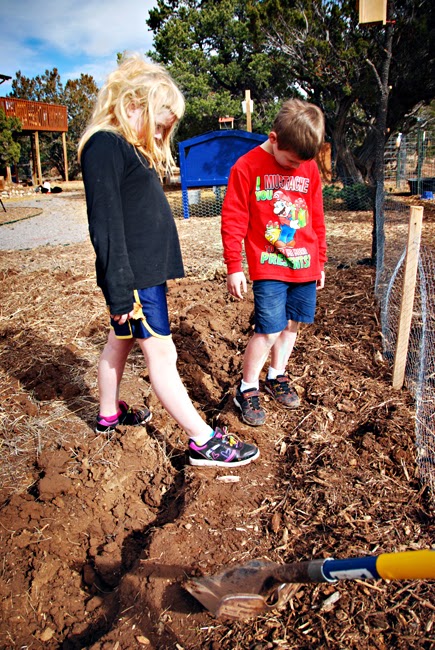 We got a 1/2" of rain!!
Unfortunately, we only had 1 of our 7 rain barrels set up, but it still filled it up to the tippy top.
I really wanted to drink a glass of rain water, so we got the water filter out and started pumping away.
We each got a cup, filled it up, clanked glasses and took a big gulp.
YUCK!!!!
It tasted like the bottom of a barbeque.
I guess it has been awhile since our roof received any precipitation, and we have had many fires in the fireplace since then...alas.
﻿ 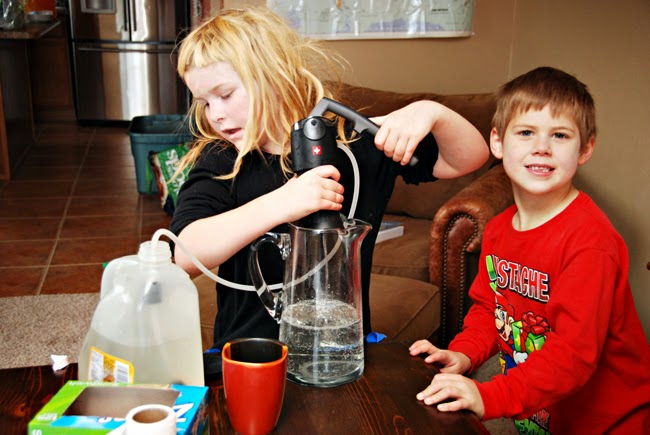 Walking to the mailbox means collecting LOTS of rocks.﻿ 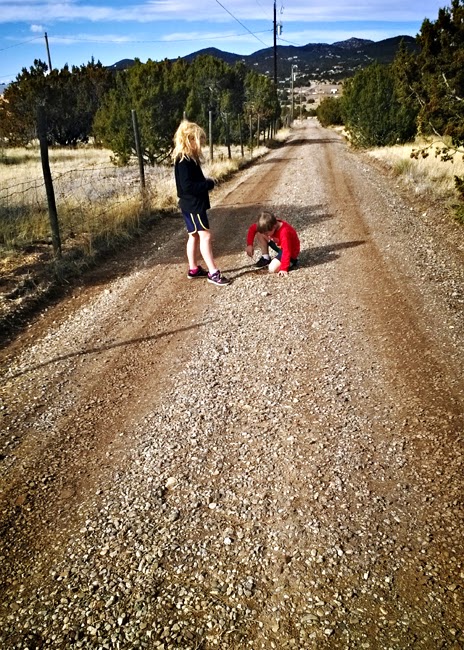 
Brooklyn created this rock polishing "tycoon" to clean up her new rocks.
(she and Sam play this game online called Roblox, and occasionally Russ and I will play if they find a tycoon world where you earn money, then make your machine or whatever better, make more money, etc.  So this is her real world tycoon.)
I had taken a video explaining it all, but it is refusing to upload.
She had a wash bucket (one for small/medium rocks, one for large) with soap, and then a rinse bucket (for both sizes), and then a perfume bucket (with peppermint oil), then a drying towel and then a shining tissue.
And then she laid them all out in nice rows.  They were very pretty!
And peppermint-y.﻿ 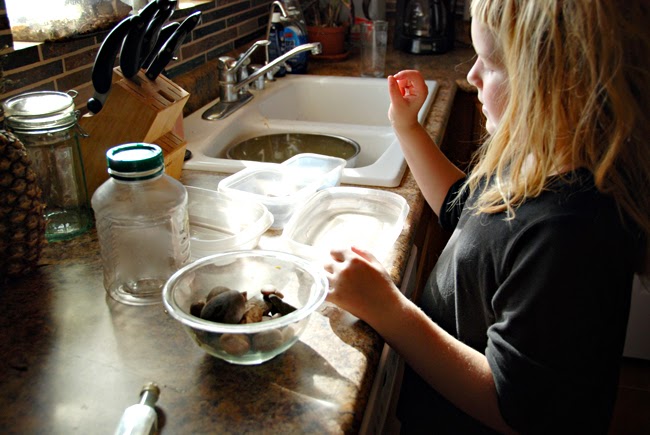 Sam loves kicking this box.
Especially when I put my seedling cups in it...they explode when you kick it.
Sigh. 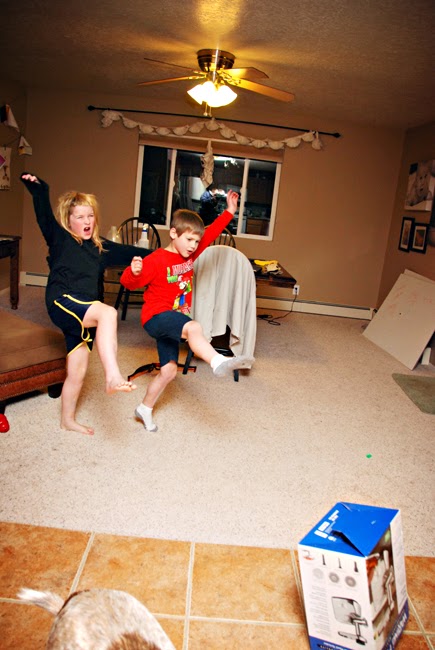 Mulch pile playing.
Usually, Brin will follow her back and forth across the "chasm," trying to get that darned stick.﻿

Not what I had in mind when I mentioned doing some yard work.
You have to admit though, it's much cuter than a load of mulch.﻿ 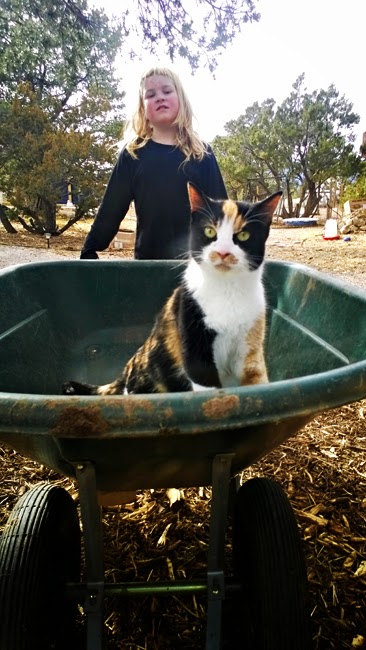 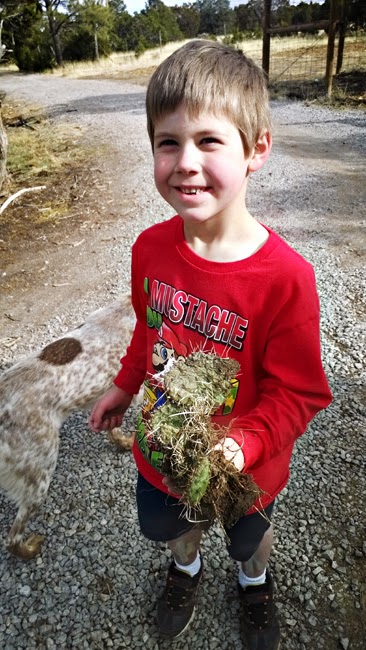 Somebody had a birthday!!
Happy 8th, Brooklyn!!! 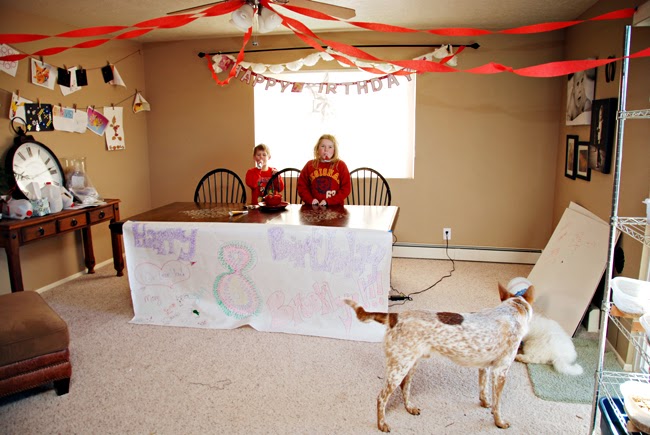 Cream cheese and bagels for breakfast, with a side of strawberries.﻿ 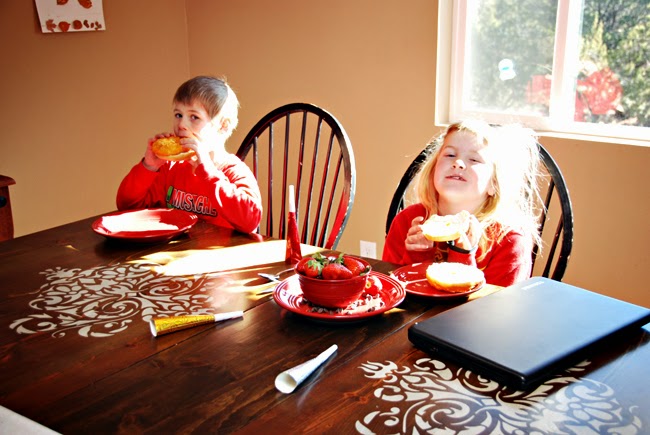 The one thing she wanted to do was go swimming.
Unfortunately, it takes us about 45 minutes to get to this pool, so we don't go often.
But how could we not!?
Sam went down this waterslide last year and it was scary...he can swim, but the turbulence knocked him around and the lifeguard had to hop in and get him.
This time??  Easy peasy!!﻿

"Happy Birthday to you!"

Most of her gifts came courtesy of the UPS man that day, so we opened them after we got home from swimming.
Thank you for all of the awesome gifts, everyone!!
We (yes we, hehe) have all been having lots of fun with all of the goodies.﻿ 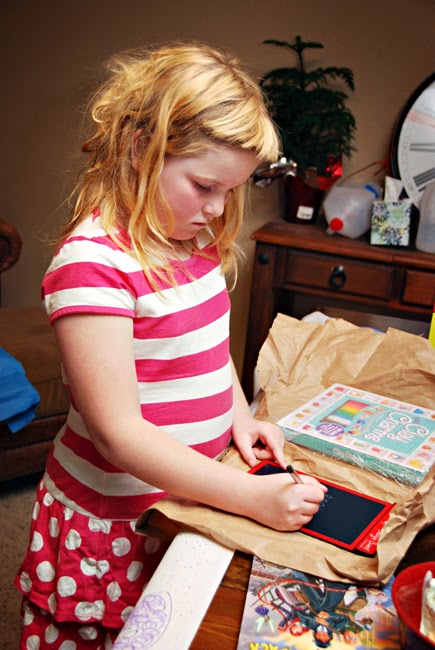 It was an exciting weekend--one of our ewes went into labor!
It was such a neat experience.  We got chairs, water bottles, hats...it felt like a spectator event.
There were even cheers and white knuckles, but she was a rock-star momma! 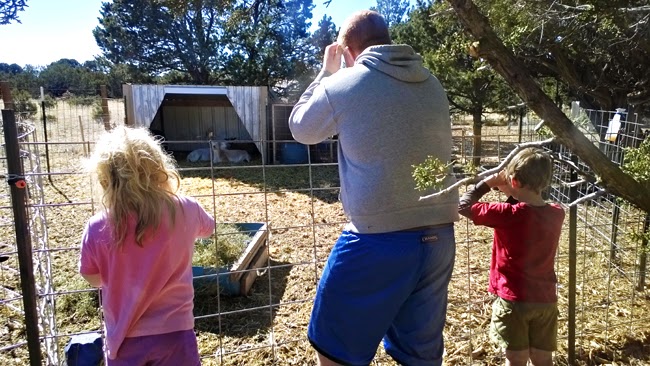 She had two--the white one is a boy, we aren't sure about the black one yet. 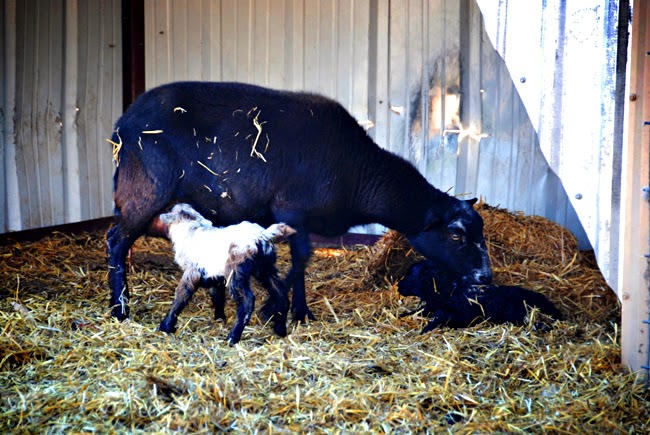 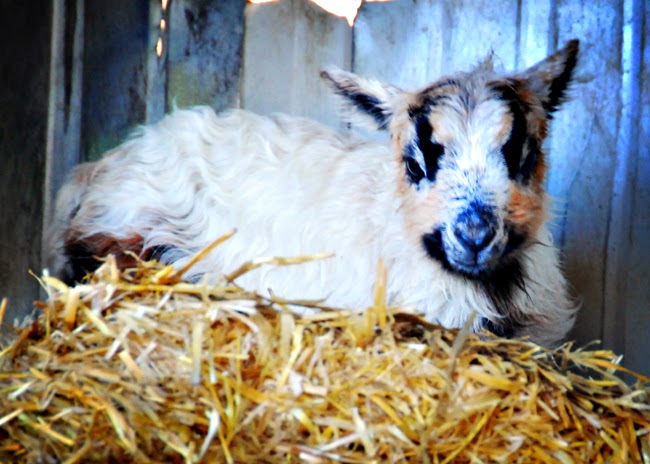 In case you need another dose of cuteness...
Chuck, Head of Defense is fitting in quite nicely.
He's got this Great Pyrenees thing down.﻿ 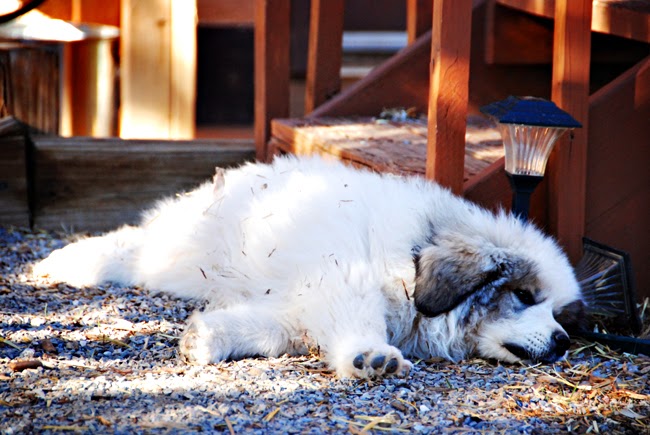 After spending a day running, swinging, digging, jumping, and watching a ewe give birth﻿...
it can tucker a boy out.
He was so excited about a new game he got on the phone.
I went to go snuggle with him while he played, and found this.  Ha.
Looks like a good way to end the weekend to me! 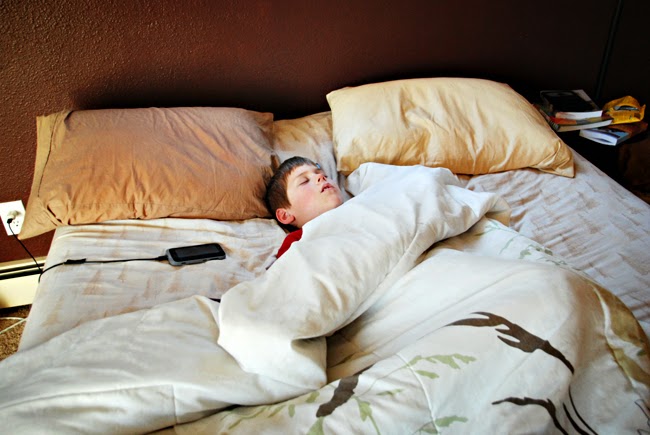 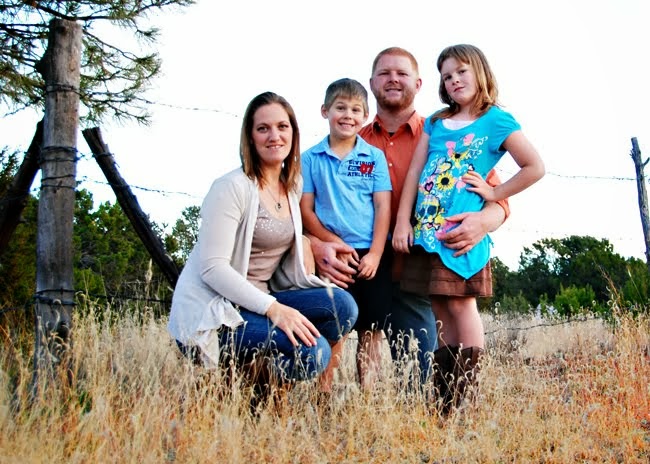